I remember the first time I had to tie a hammock to a tree.

It was a few years ago now. I was in northern Greece, slap bang in the middle of nowhere, and (budget backpacker that I am) had decided to pitch my hammock for the night rather than pay to stay at a guest house in a nearby village.

Everything started out fine.

I walked out of town, down a hill, and came across a beautiful place next to an ice-cold river to make camp. Even better, there were numerous trees dotted around- two of which seemed ideal for the task at hand.

I took my hammock, spread it out between the trees, wrapped the rope around the trunk…and then promptly realized I had no idea how to tie a knot for a hammock!

I tried. I failed. I tried again. I failed again.

Eventually, I ended up with something that seemed to work…Until I stepped into the hammock. At which point it slipped, jolted, and just about stopped before my butt hit the rocky, root-covered floor beneath me!

I readjusted my makeshift ‘hammock tying knots’ and got there in the end.

But it was a definite trial by fire!

I’ve not got any better at tying knots since then, but I’ve definitely learned how to tie a hammock to a tree.

So, I thought I’d put a quick post together to explain what’s involved! Sound good?

Read on to learn exactly how to tie a hammock to a tree (along with a selection of hammock knots to help you do it)!

Top Tips on How to Tie a Hammock to a Tree

Let’s begin with some general advice that should help you tie up your hammock, avoid painful slips and falls, and enjoy a better night’s sleep between trees as a result.

If you want your hammock to stay up and survive the test of time, then you need to find two trees with sturdy trunks. Why?

Because if you tie your hammock to one that’s full of deadwood, you can end up pulling the whole thing down with you! Aside from the possible pain involved, in some parts of the world you could even be liable for the damage you cause…

So how do you figure out if a tree has deadwood?

First of all, inspect it thoroughly. Does it look rotten? If you chip away at the tree does the bark fall away easily? Can you see cracks and crevasses in it?

Spot any of these issues and you’d do well to look for different trees for your hammock.

2) Choose a Solid, Well-Grown Tree Instead

It almost goes without saying, but the best trees to tie hammocks to are alive, strong, and well-developed.

Now, you don’t have to get your measuring tape out. But take look around for trunks that are at least 6 inches in diameter. This should ensure the tree will withstand your weight and won’t collapse in the middle of the night.

3) Make Sure Your Ropes are Taught

Another top tip is to ensure the ropes (or straps- more on these later) you tie around the tree are taught.

The tighter your rope (aka, there’s not much slack in them), the easier it’s going to be for it to stay in place and for your hammock not to slump too much when you get in.

One of the keys to doing this is getting the hanging angle right when pitching the hammock. Try to hang the rope so it descends at around a 25 to 30-degree angle from each tree. Oh, and always take into account that it’s going to stretch with your weight!

This should keep everything tight and provide a comfier night’s sleep to boot.

4) Avoid Keeping Your Hammock Tied Up

It’s often tempting to keep your hammock tied up when you’re at home and using it a lot. But try not to do it for too long…

UV rays from the sun will weaken the ropes over time, causing possible problems when you want to take the hammock out into the great outdoors.

Of course, this tip only really applies to people living in the sunniest places, but we’d all do well to keep it in mind- especially in the heart of summer.

Still CBA to take in down? I don’t blame you. You could protect your hammock from those UV rays with a special cover instead and keep strung up forever.

Important Hammock Knots for Tying a Hammock to a Tree

Two of the hardest parts of tying a hammock to a tree are a) knowing which knots for hammocks are best for the job and b) tying said knot correctly.

Fail in either regard and your hammock could fall or slip when you least expect it. That’s never ideal when you’re trying to get some shut eye- especially if the hammock’s high off the ground! Get ready for a rude awakening…

I’m definitely not an expert in the art of knot-tying. Nevertheless, in this next section I’ll go through a selection of the best hammock knots and how to tie them.

This is by far the easiest hammock knot to make, which is good news for the backpackers (like me) who might want to use it…

A fixed-point knot, all you have to do is wrap your hammock rope around a tree a few times before threading one end back through the turns to secure it. The friction of the rope on the tree should hold it in place whenever you get in.

It might not be the strongest technique in the world, but it’s definitely how to tie a hammock to a tree when you’re in a rush or feeling lazy!

Here’s a quick video to explain exactly what’s going on with the backpacker hitch:

The Bowline’s one of the best hammock tying knots if you have a bit more time and want something more secure. Known as the king of knots, it’s a load bearing knot that’s said to be used by rescuers because you can tie it (after a bit of practice) with one hand.

Although the Backpacker Hitch will usually suffice, you could always go back when you have time and turn them into bowlines for added strength.

Start by wrapping your rope around the tree. Next, create a small loop on the longer side, with the remaining rope curling underneath it. You then take the tail end of the rope (on the other side of the tree), thread it through the loop you just created, around the back of the rope, and then back up through the same loop. Pull it tight and voila, you’re good to go!

When you’ve finished, your loop should look a bit like a bowtie with the end of the rope tucked through a small miniature loop at the top.

The Rolling Hitch, which was known as the ‘Magnus Hitch’ for yonks before the name changed, is another great friction knot that you can use for tying up a hammock.

It’s tricky to explain, but I’ll give it a shot:

You should now have two wraps next to each other. All that’s left to do is thread the tail end of the rope around the tree and back up between those wraps. Make sure both ends are tight, and the knot should be finished.

Confused? I don’t blame you! Here’s a video that might help:

Also known as the double hitch, the Clove hitch is another key knot that anybody going hammock camping would do well to learn.

It’s handy in all sorts of situations and is particularly important because it’s quick to tie and the running end’s adjustable.

Here’s some trivia for you:

This knot was first mentioned in Falconer’s Dictionary of 1769, but its history goes back even further. Apparently, you can see it depicted in early paintings and sculptures from the 1500s!

To tie a clove hitch knot, you wrap your rope around the tree and then take the short end back around and over the top of it. From there, take the tail end and thread it back up between the tree and the wrap you made just before! Pull it tight and the knot’s done.

Be wary of slipping, though. For a stronger knot, make sure your wraps are nice and tight together or tie a double-clove hitch instead.

Here’s a great video for guidance on the basic version:

The Easiest Way to Tie a Hammock to a Tree: Use Hammock Straps

Okay, so those hammock knots are great and sure to come in handy every now and again! However, my personal favourite way of tying a hammock to a tree is by using hammock straps.

These clever inventions are designed specifically for erecting a hammock and, in my opinion, are the safest and most secure way to do it.

Strong, long, and intuitive to use, you simply wrap the strap around the tree and pull one end through the other, tightening as you go. It then has a number of ‘fix points’ (read: loops) from which you can attach your hammock with a carabiner or S-hook.

Repeat that process on the second tree and that’s it, you’re done!

Hammock straps remove the issue of having too little rope to wrap around large-diameter trees and help protect the tree itself. The array of fixpoints helps you find the perfect set up for your hammock and, unlike rope, these straps will never slip down the tree.

Sound good? Check out this post about the best hammock straps on the market.

Get your hands on these key items and you’ll be kept warm, dry, and insect-free throughout the night!

Remember This Post When Tying a Hammock to a Tree

Tying a hammock to a tree is one of those tasks that sounds easy but can turn into a total nightmare- especially when you’ve never done it before.

The ropes can be awkward, you might not know how to tie a hammock knot, and, just when you think you’ve cracked it, the whole thing can slip and slide down the tree!

I hope the info in this post has revealed exactly how to tie a hammock to a tree such that you’ll avoid each of those unwelcome eventualities!

Keep these hammock tying tips, hammock knots, and hammock accessories (AKA the straps) in mind and you’ll be happily pitched between trees and swinging away in no time.

Got any questions on how to tie up a hammock? Feel free to drop me a comment and I’ll try to provide the answer. 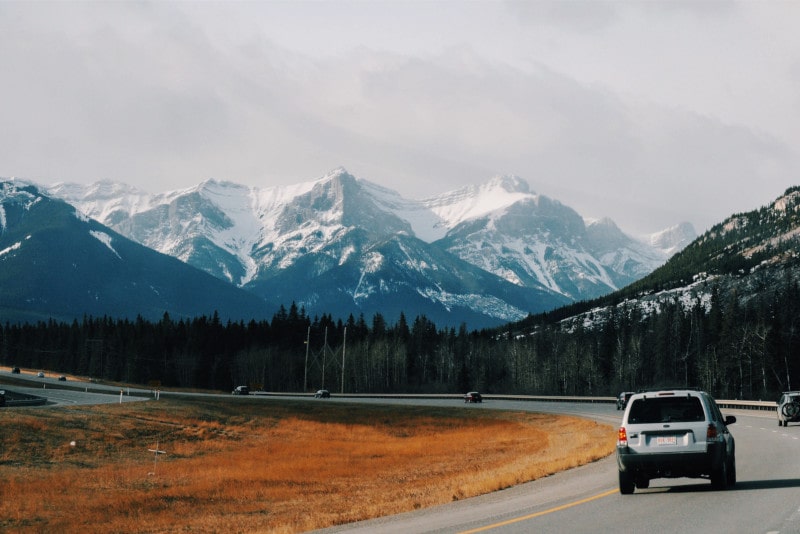 18 Primary Advantages and Disadvantages of Travelling By Car 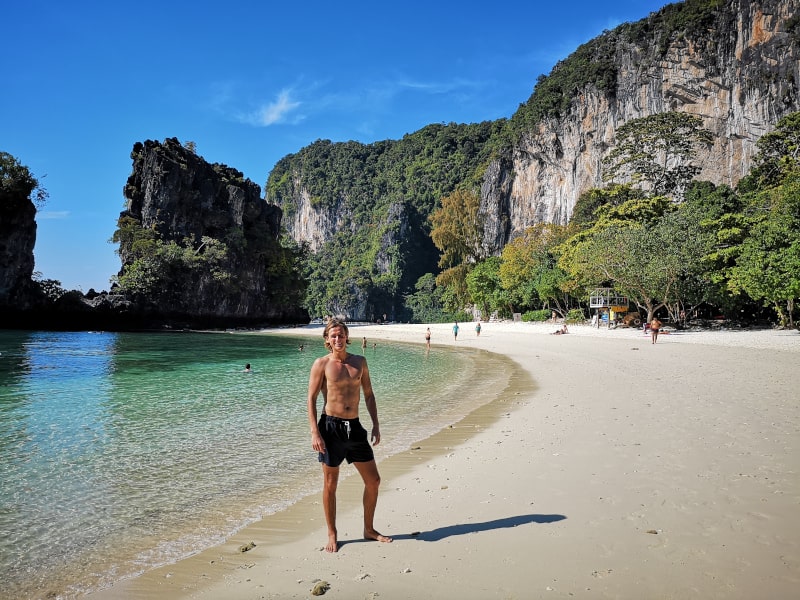 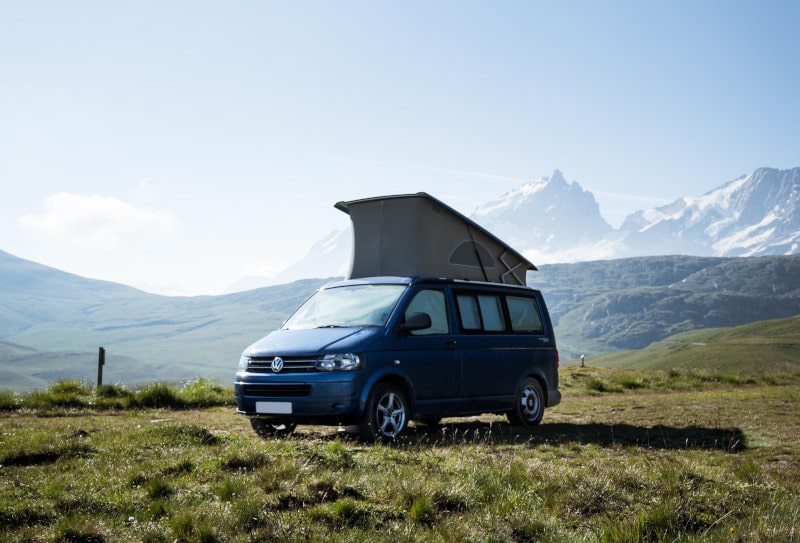 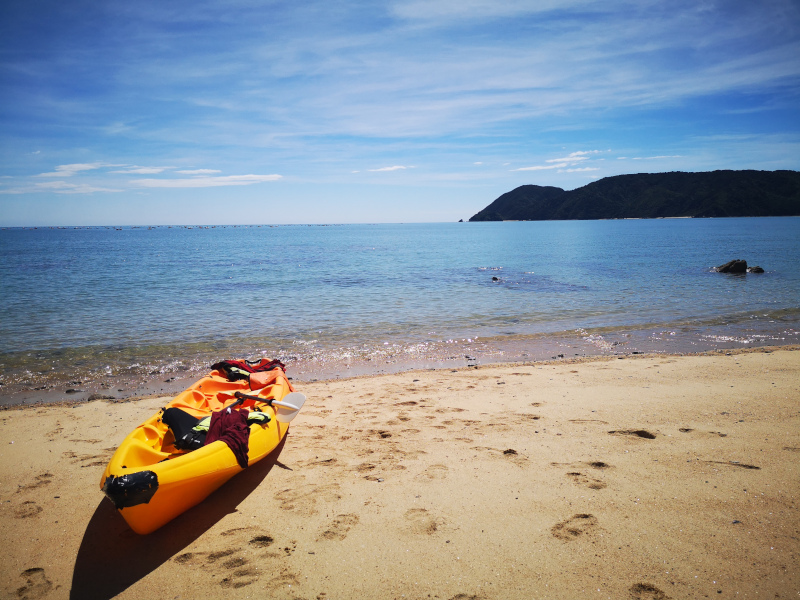 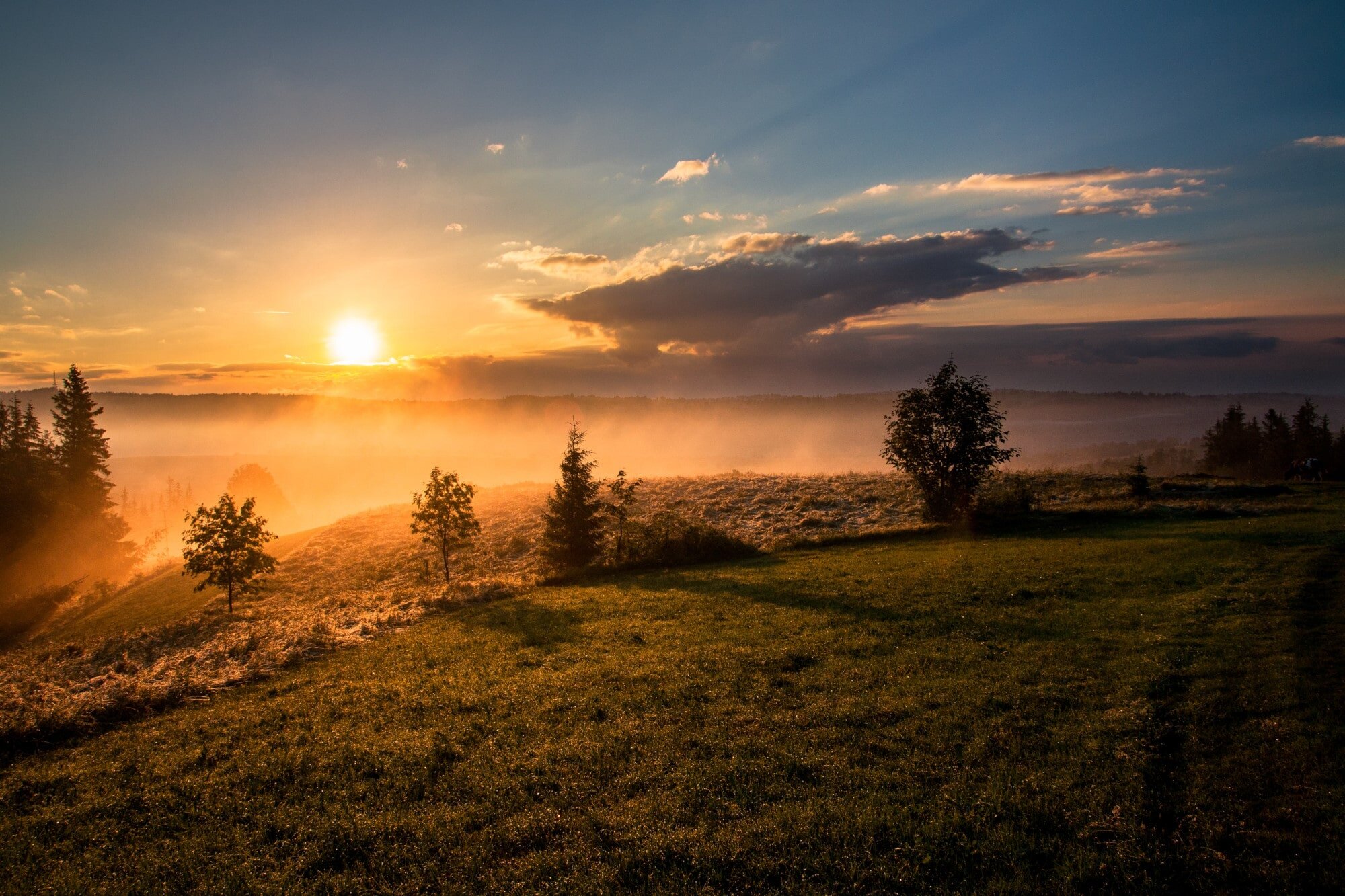 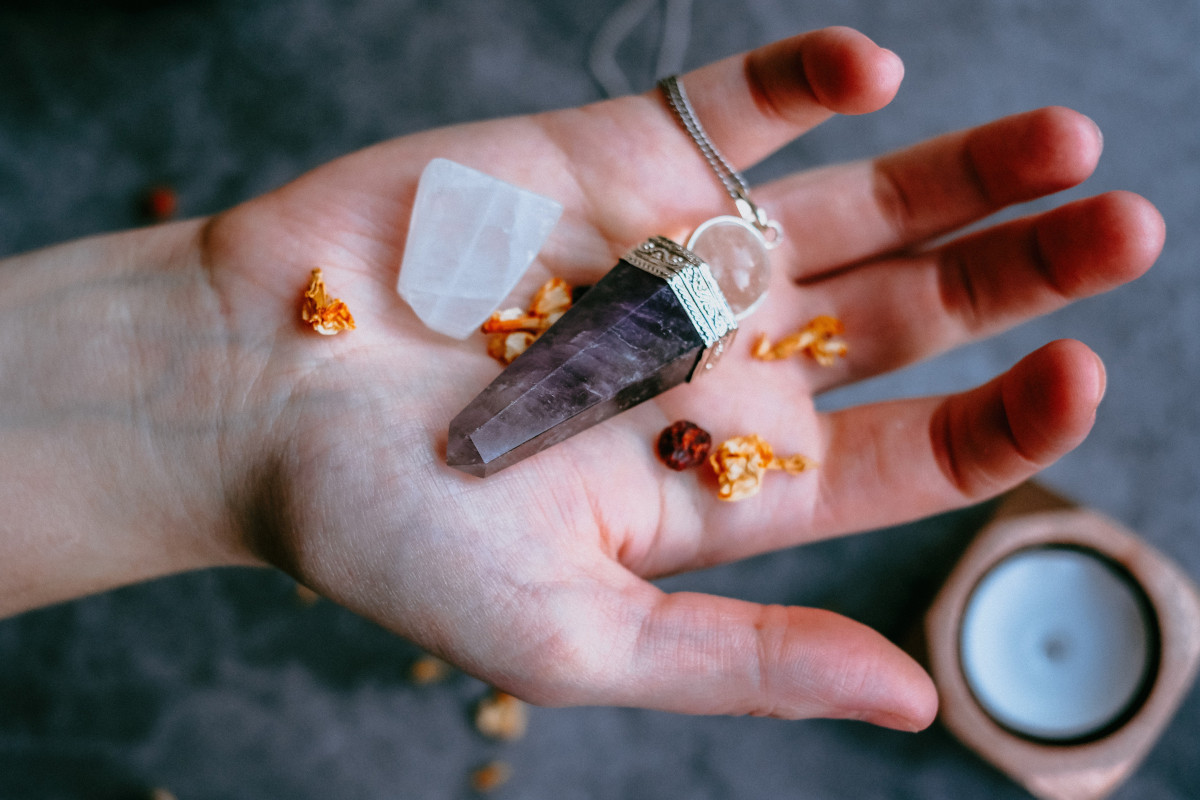 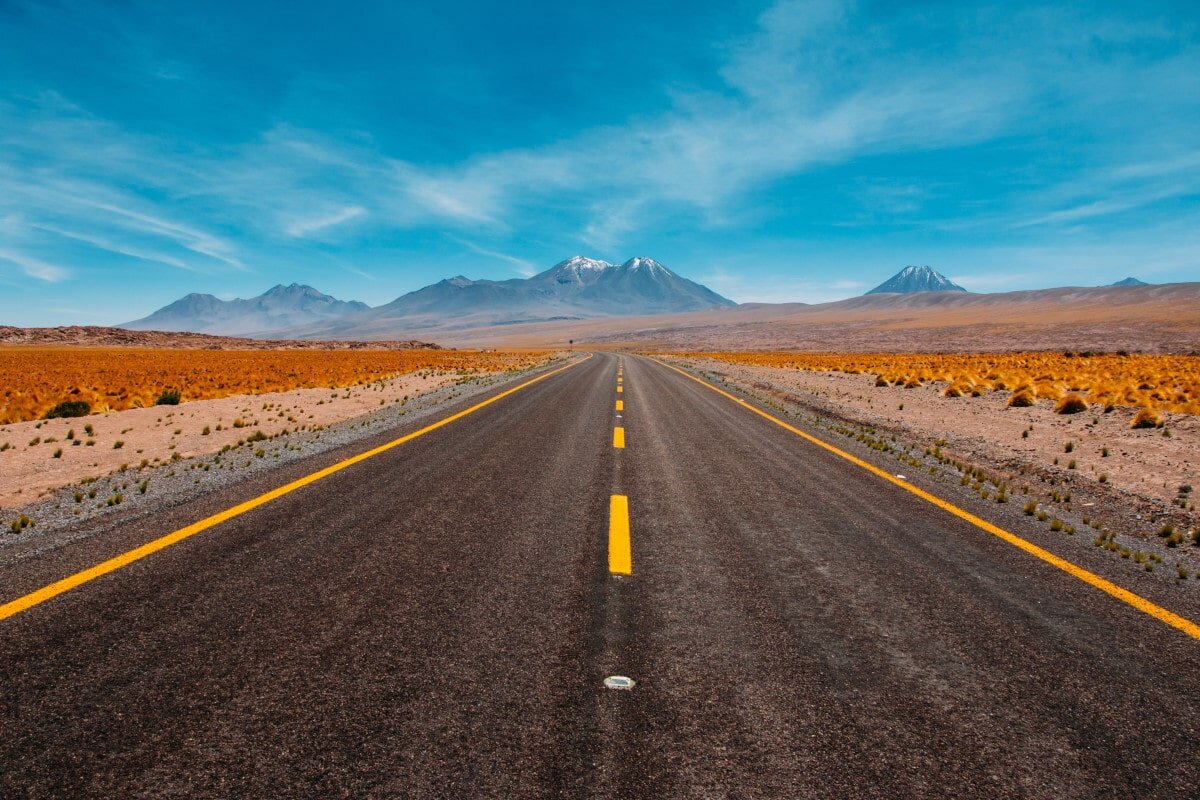 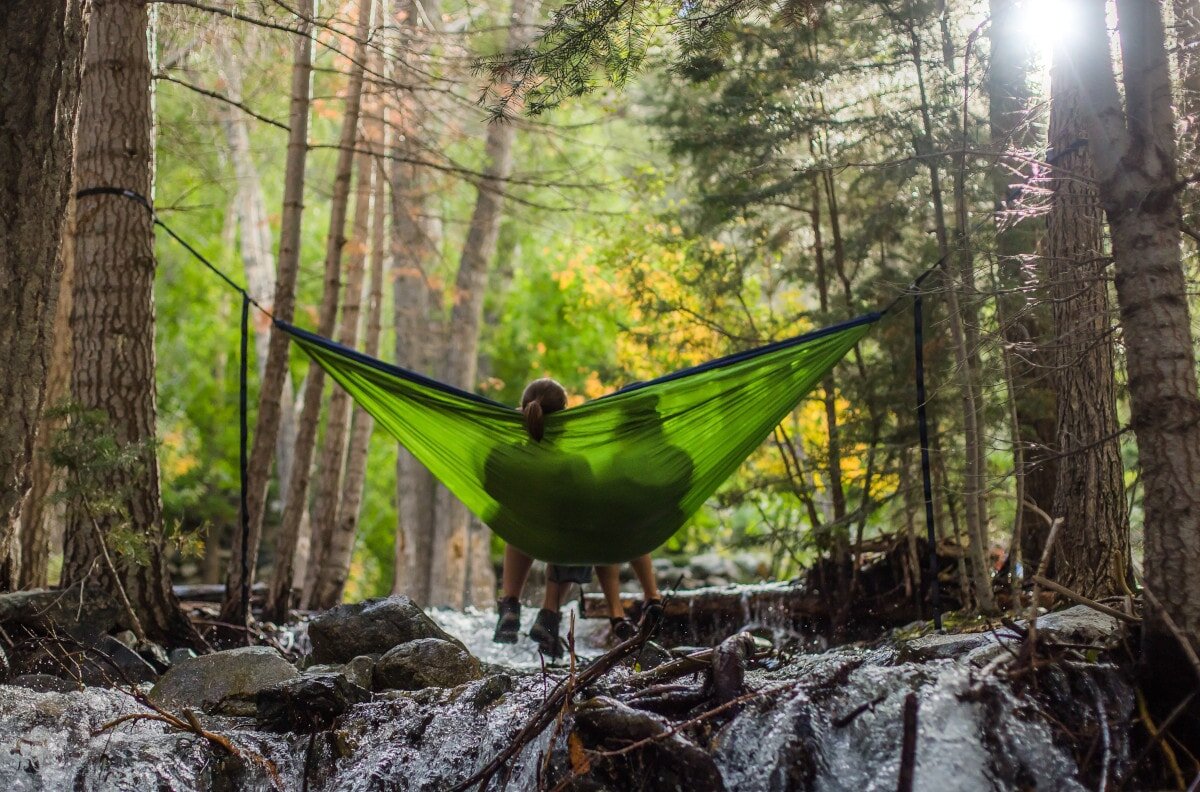 How to Tie a Hammock to a Tree (+ Key Hammock Knots) 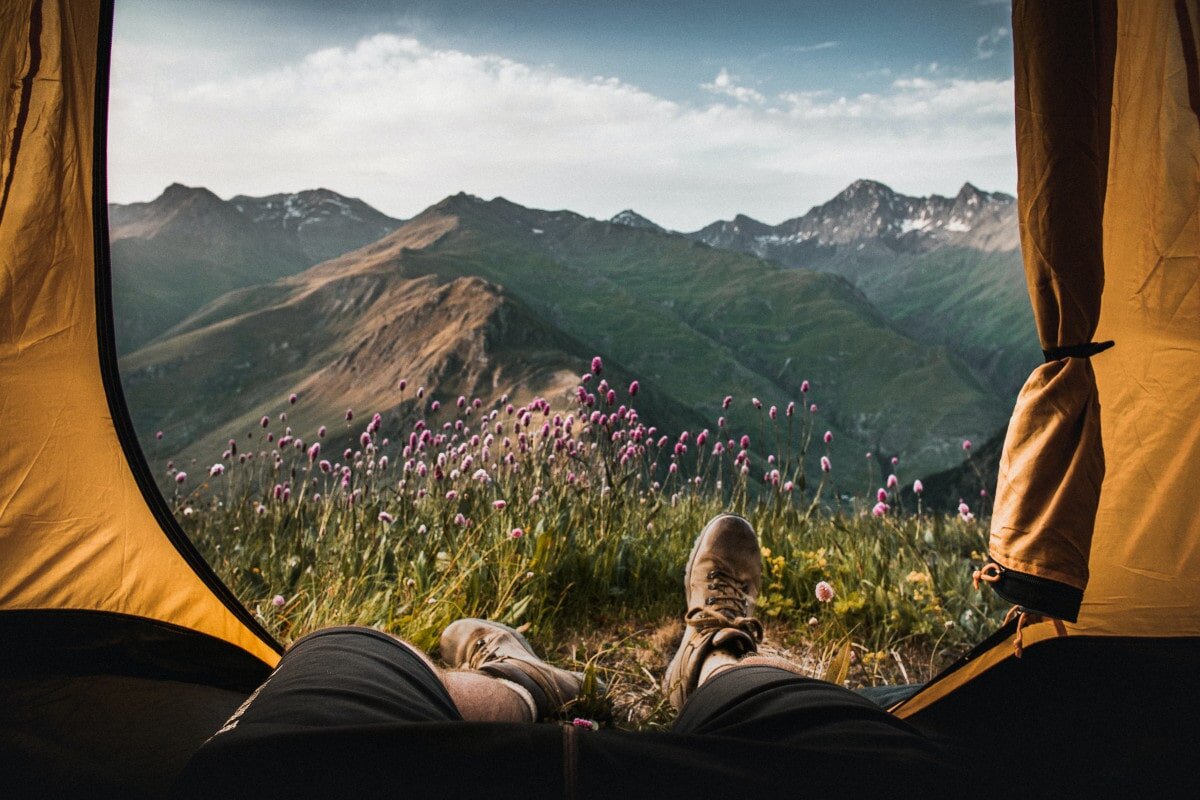 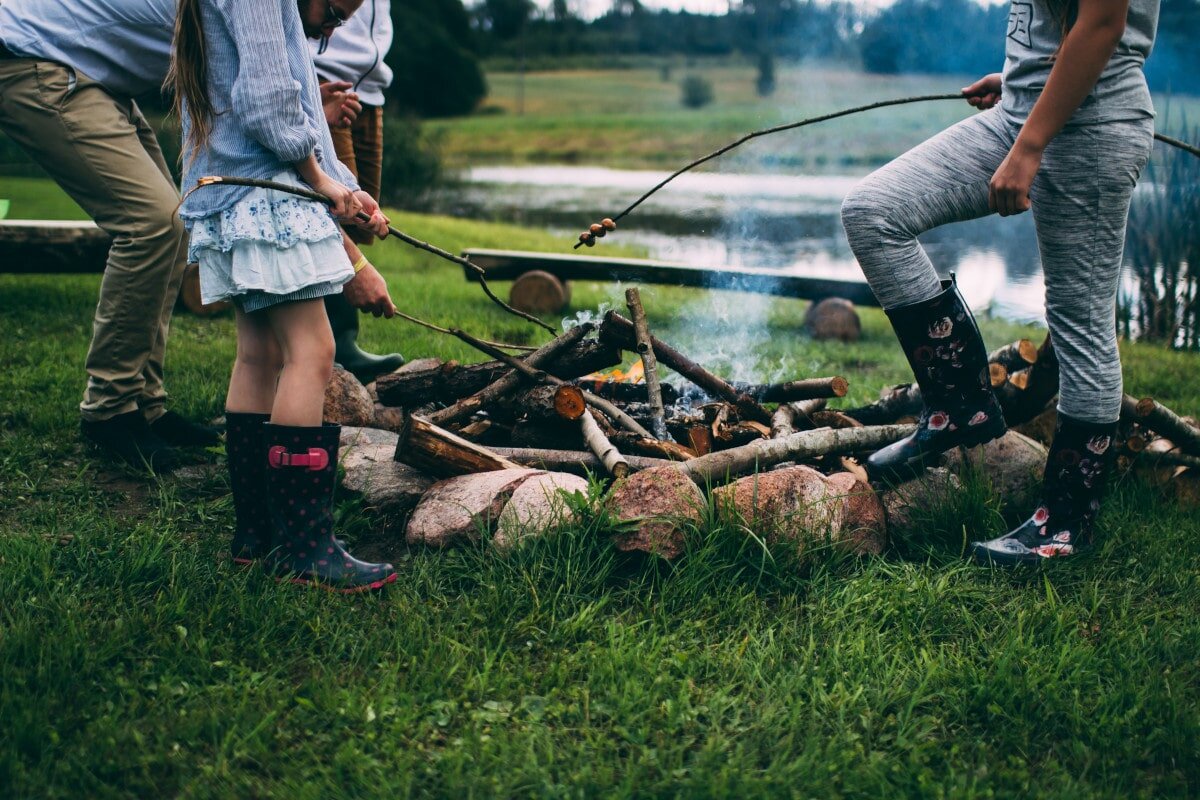 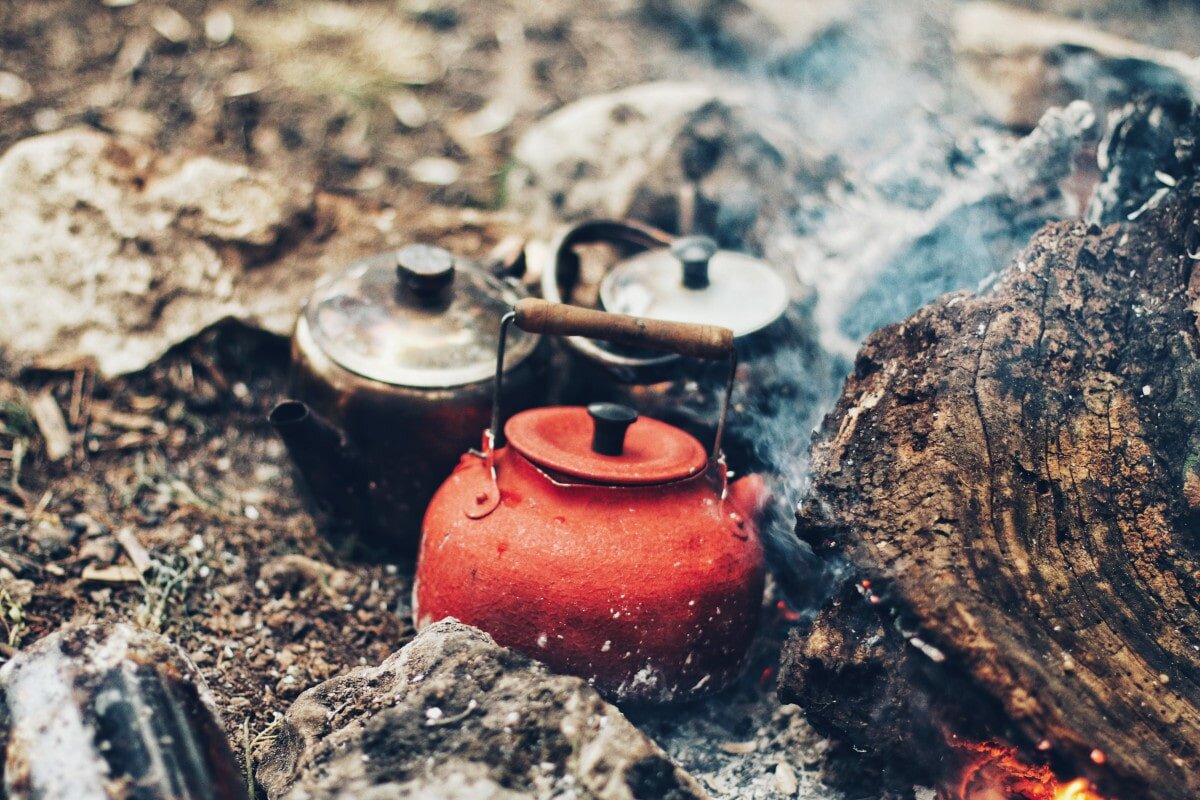 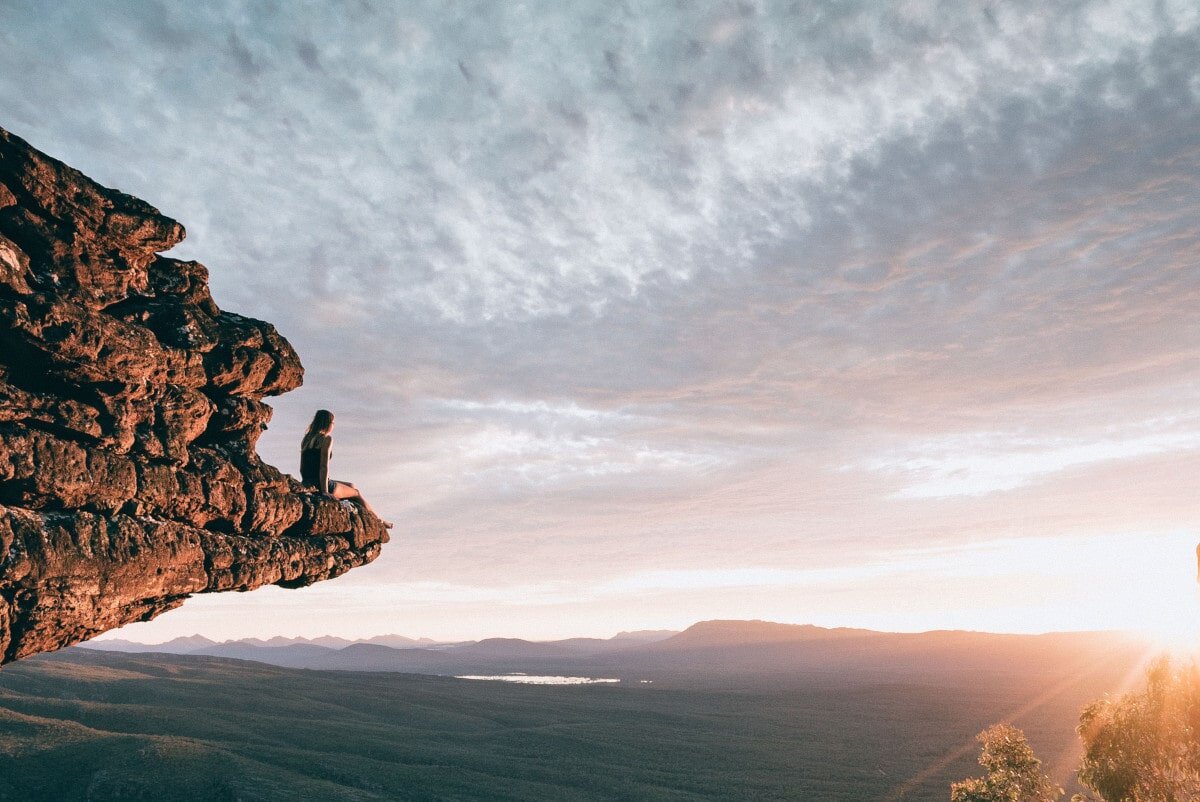 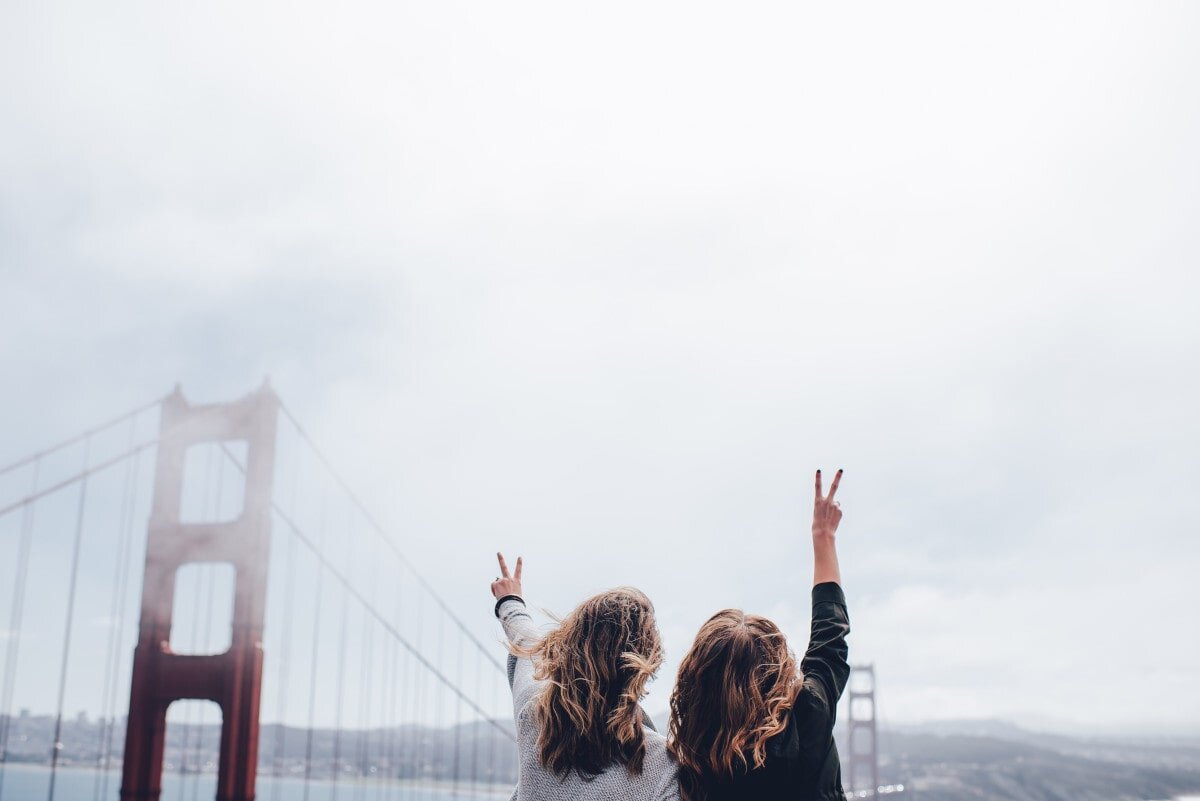 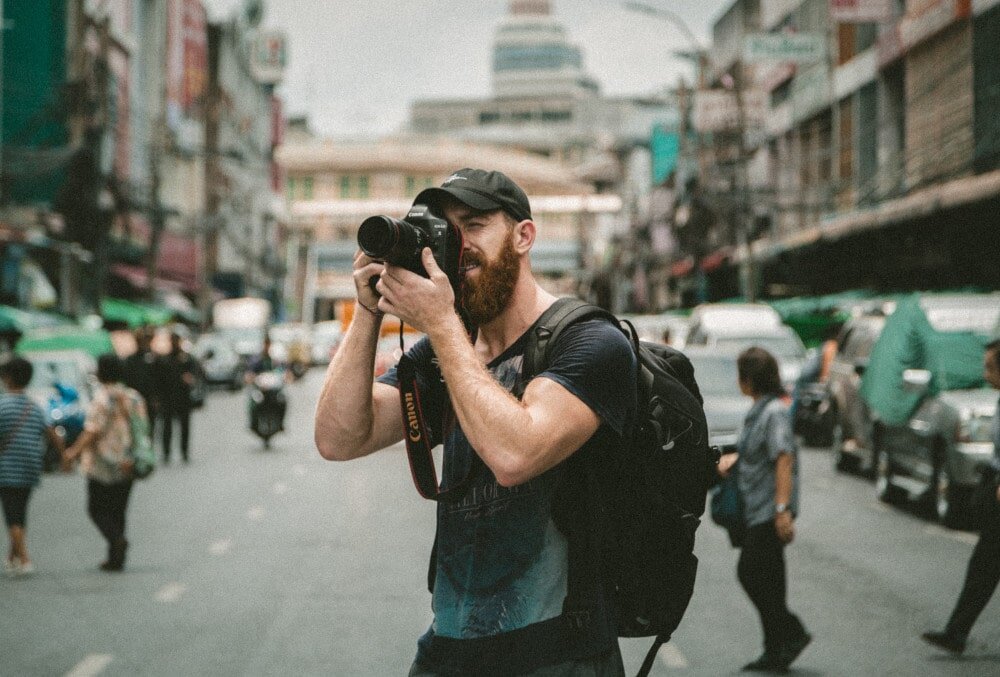 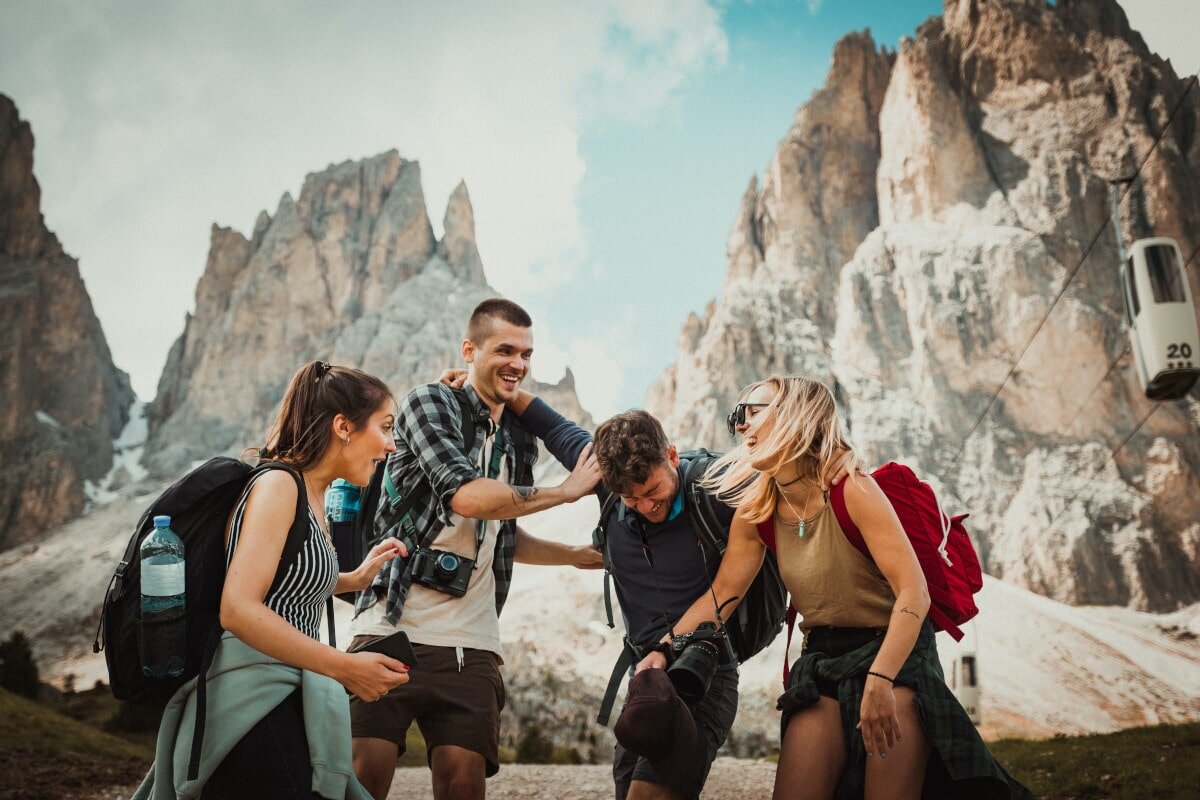 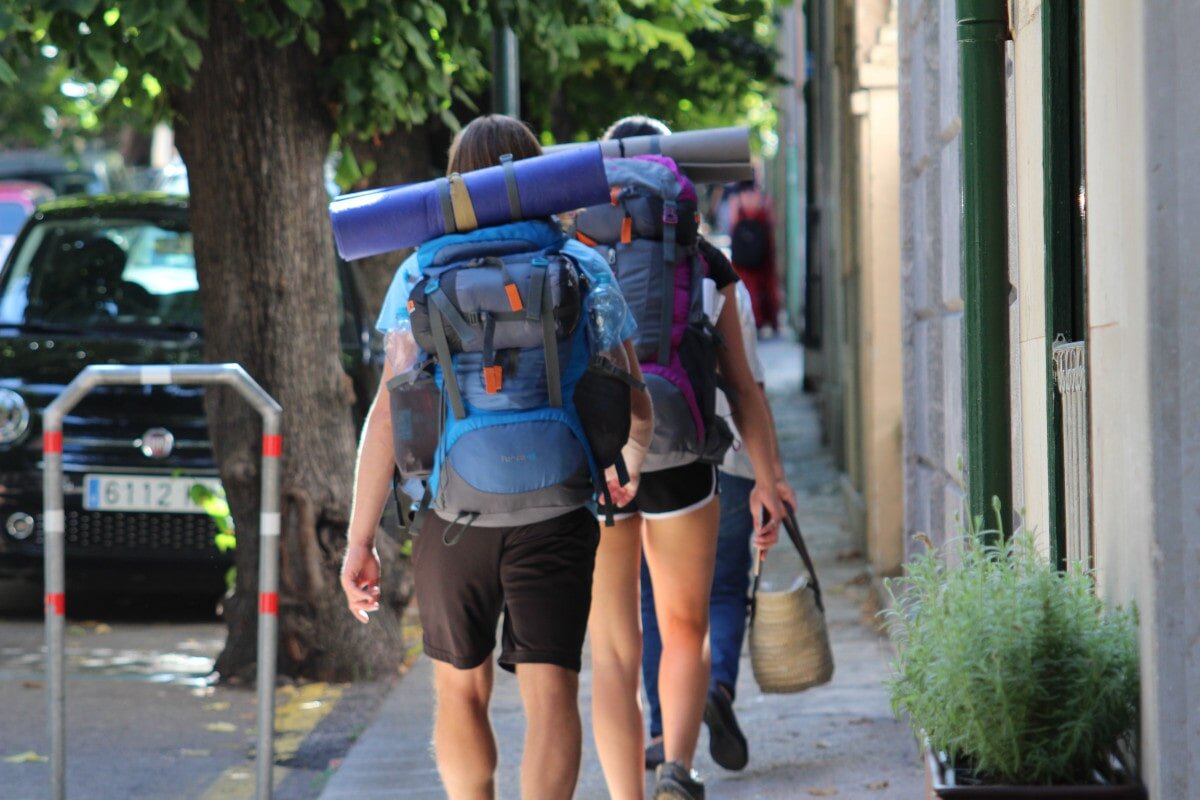 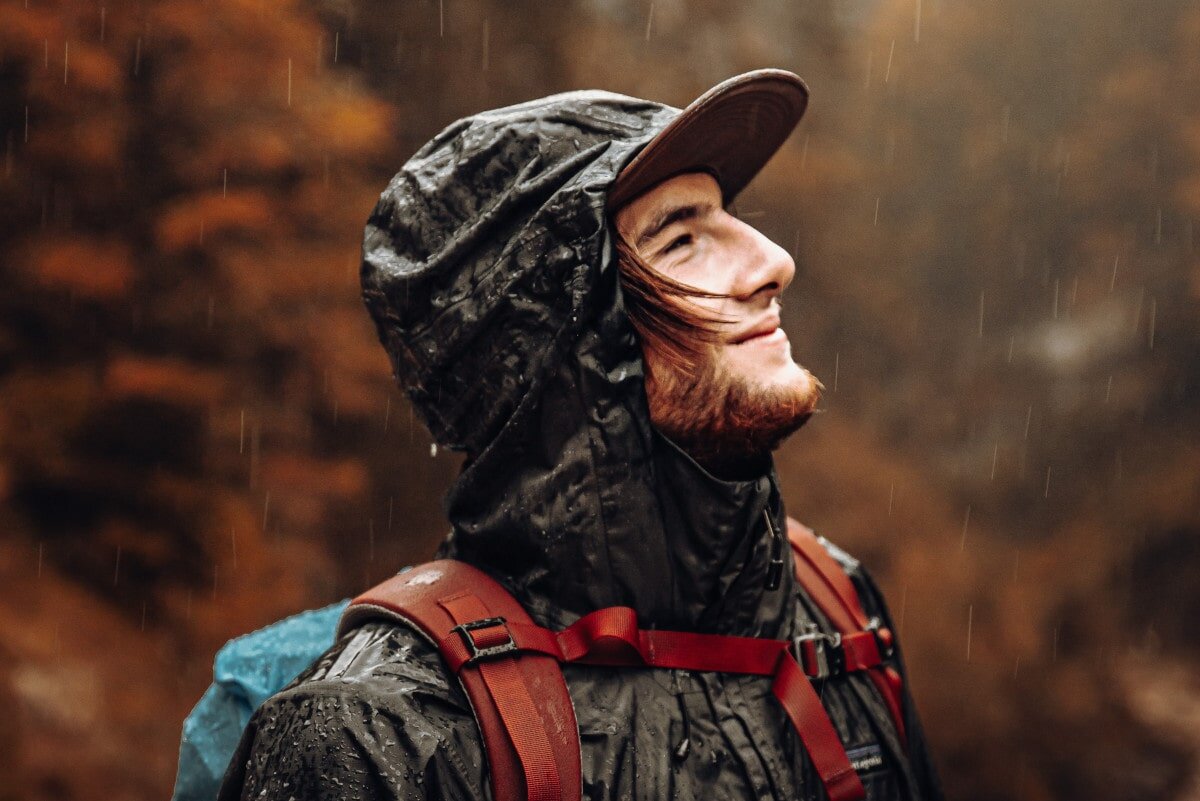 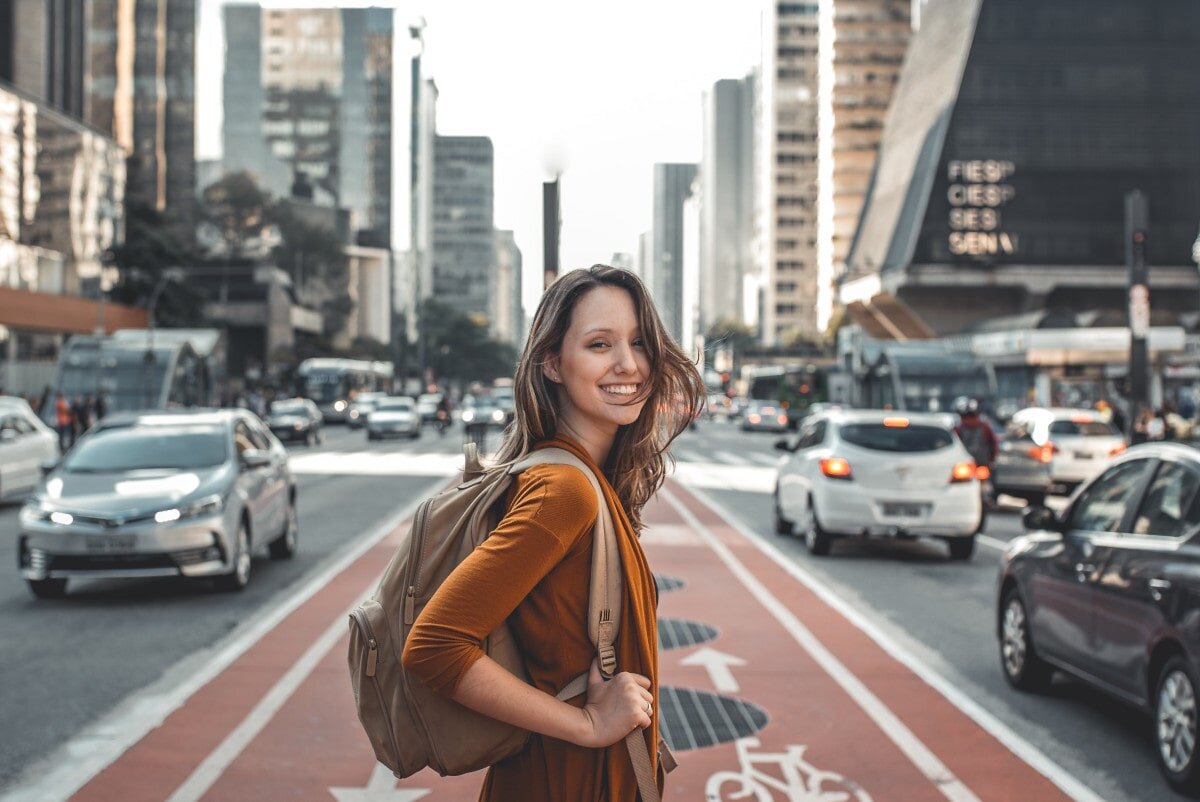 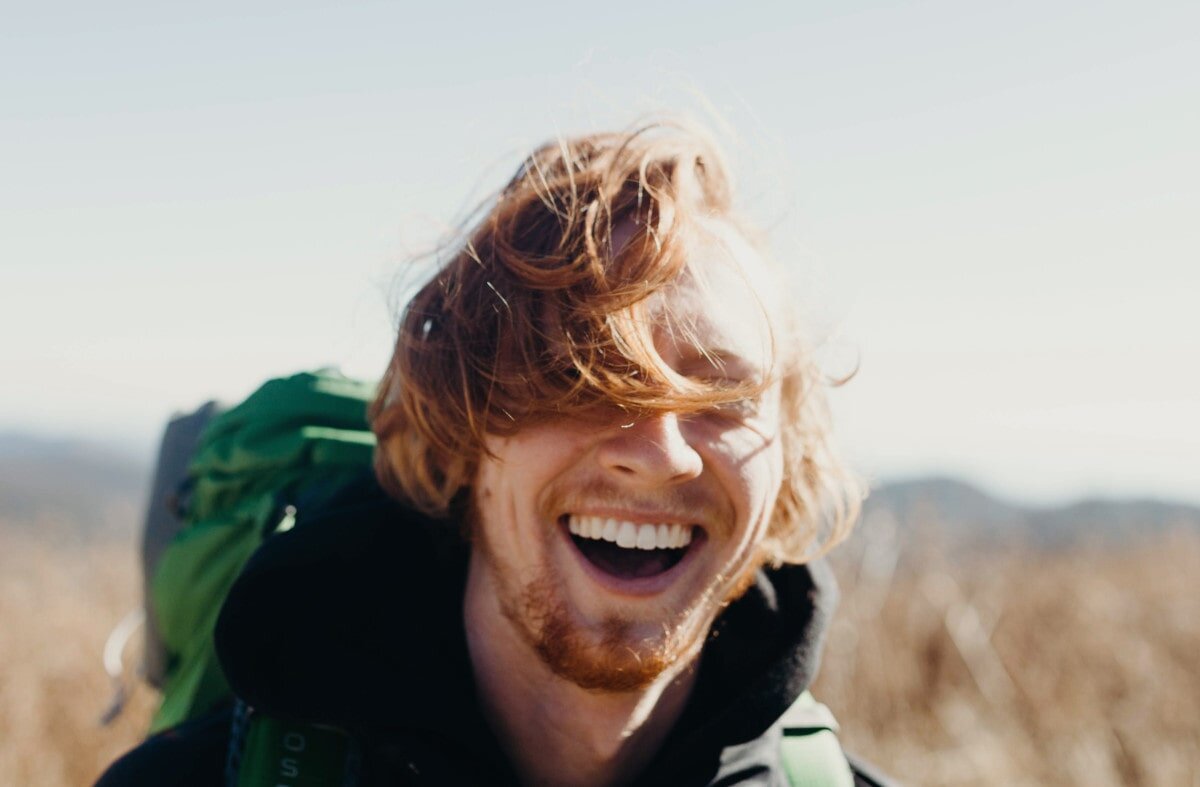 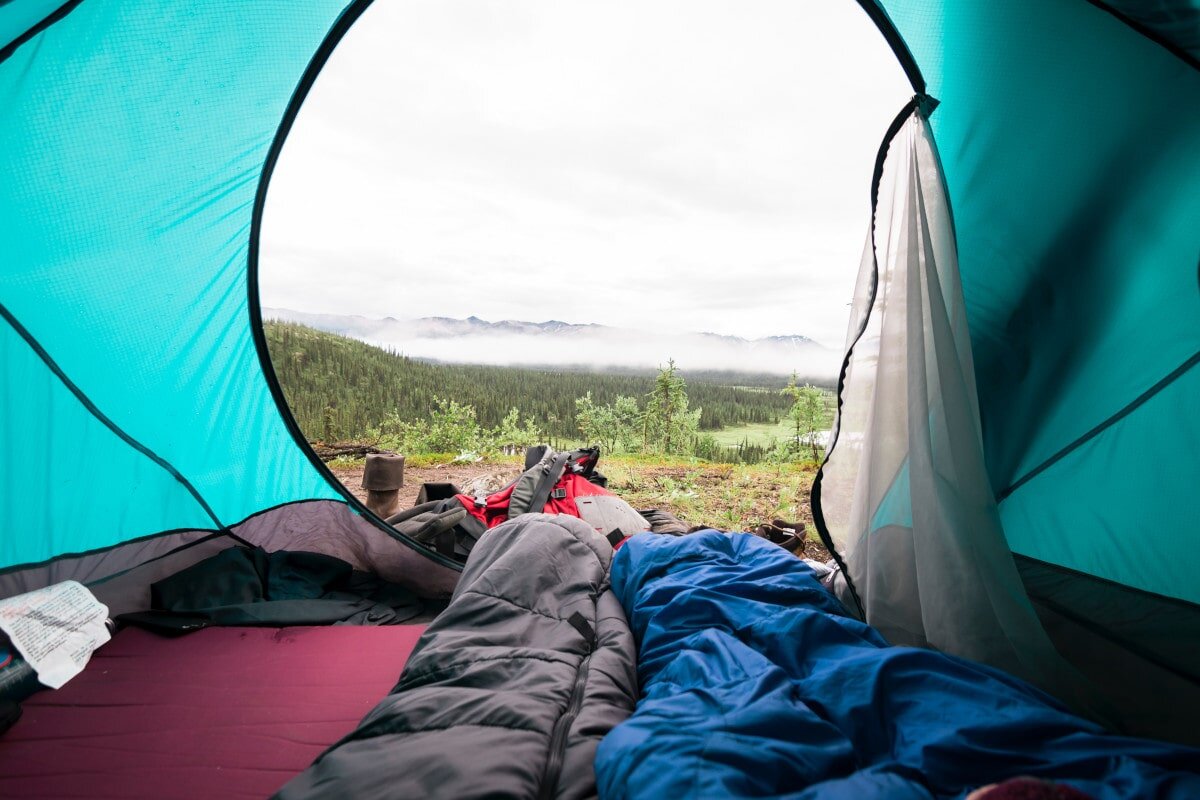 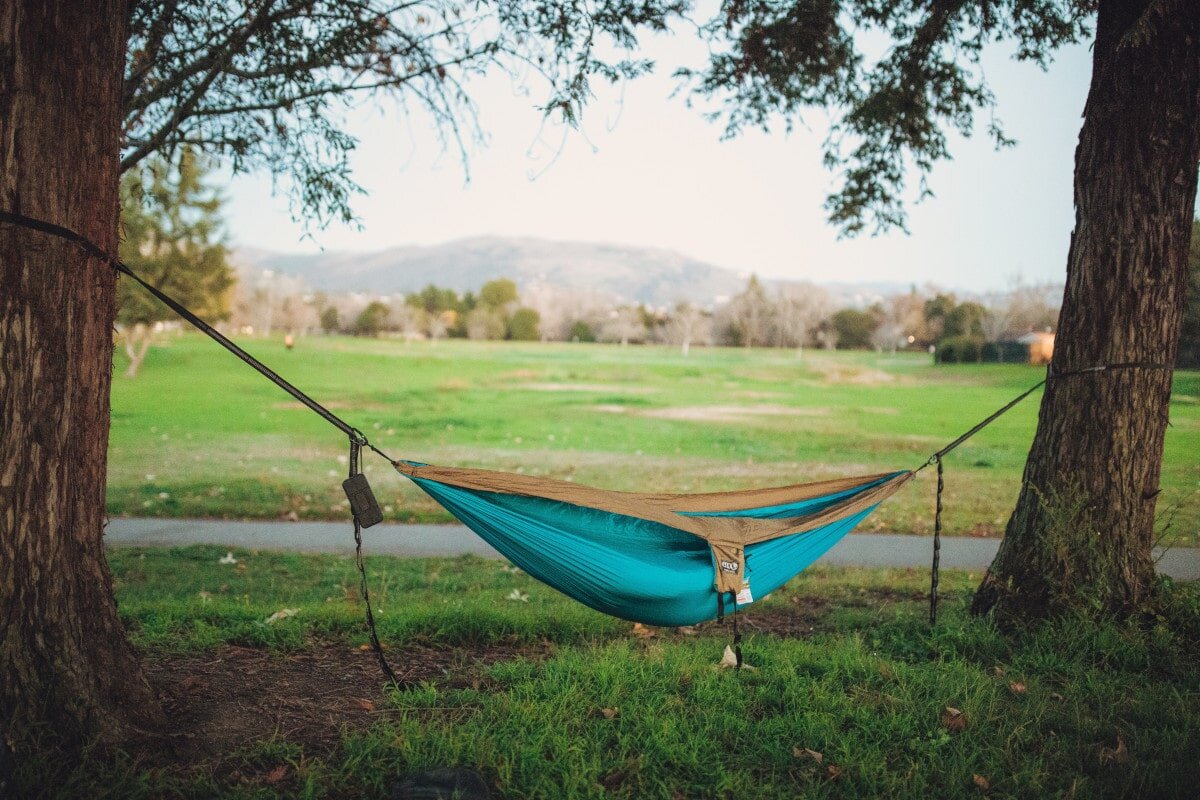 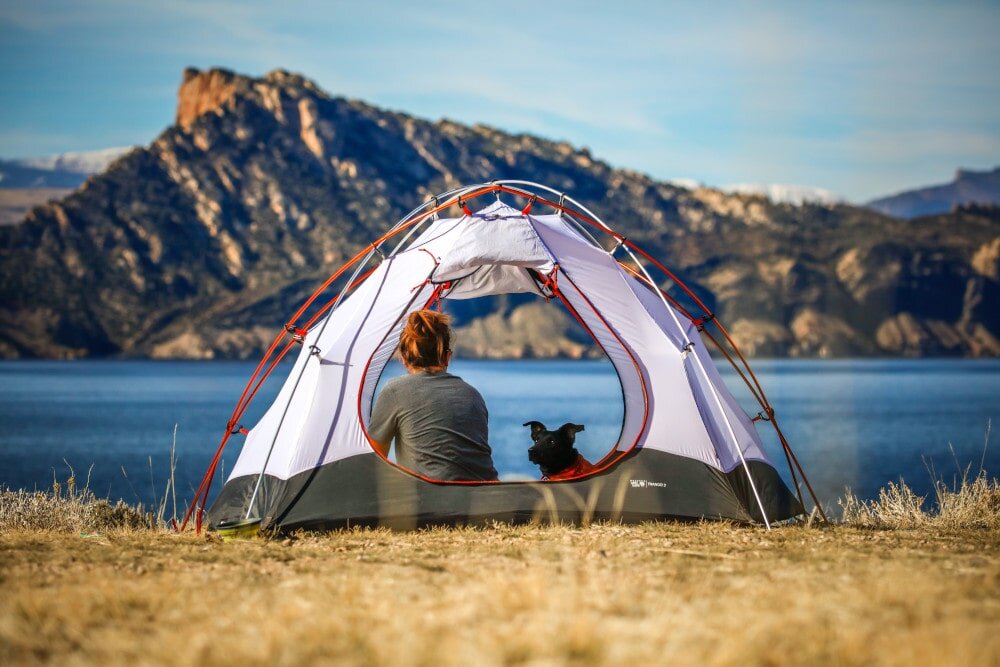 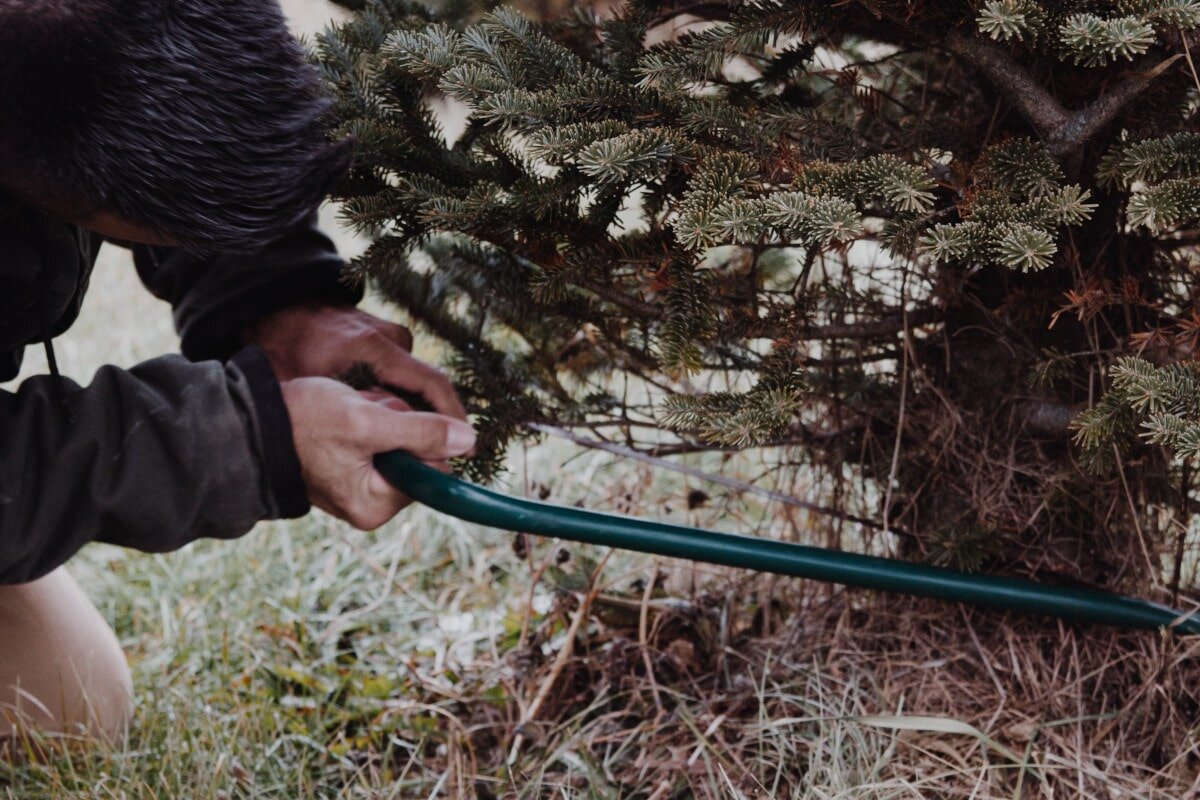 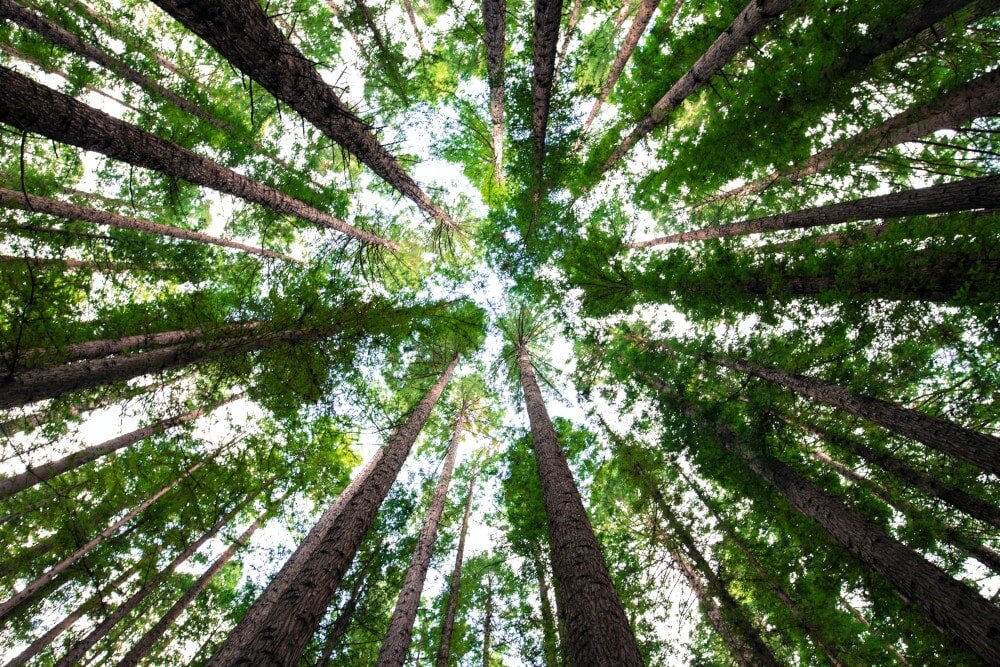 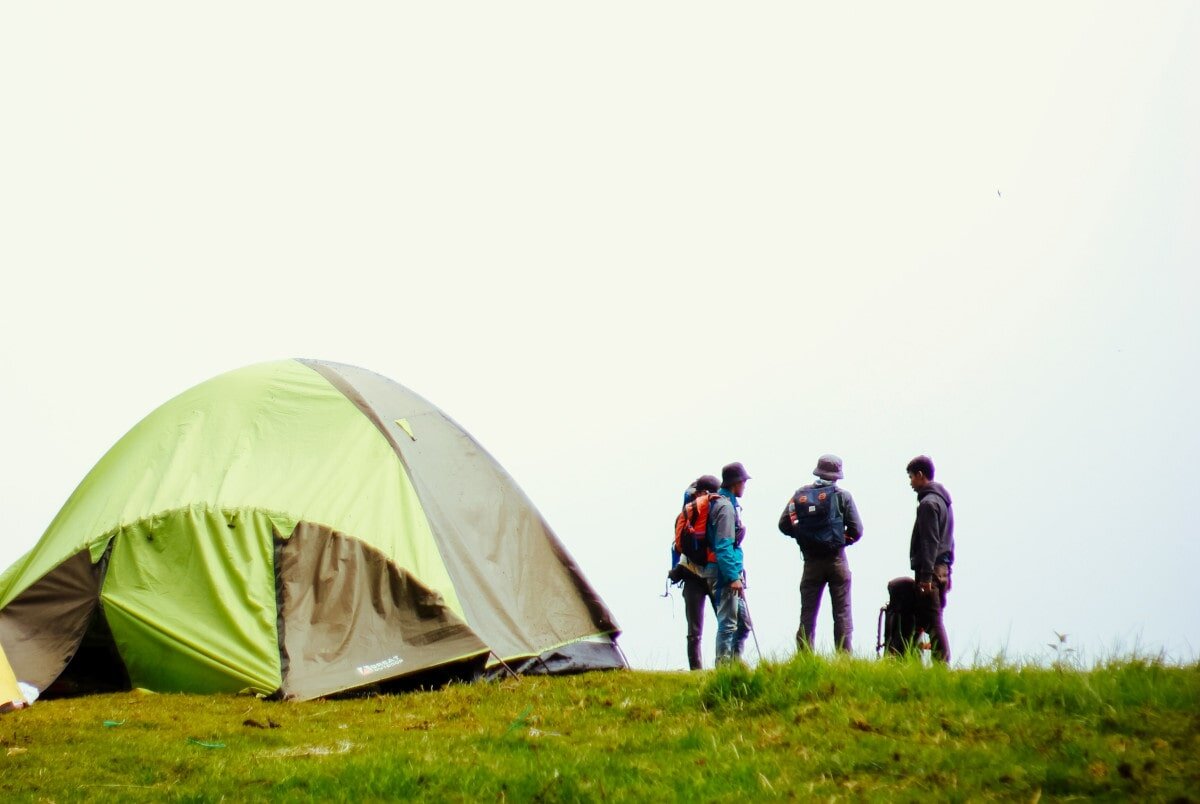 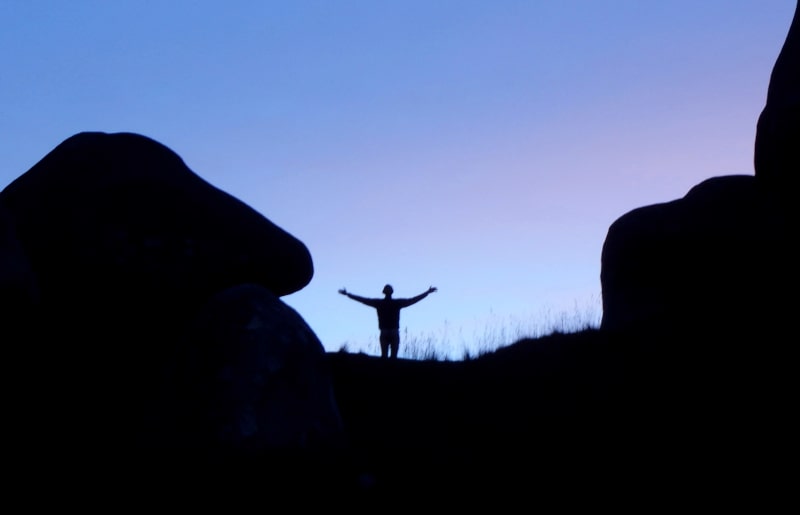 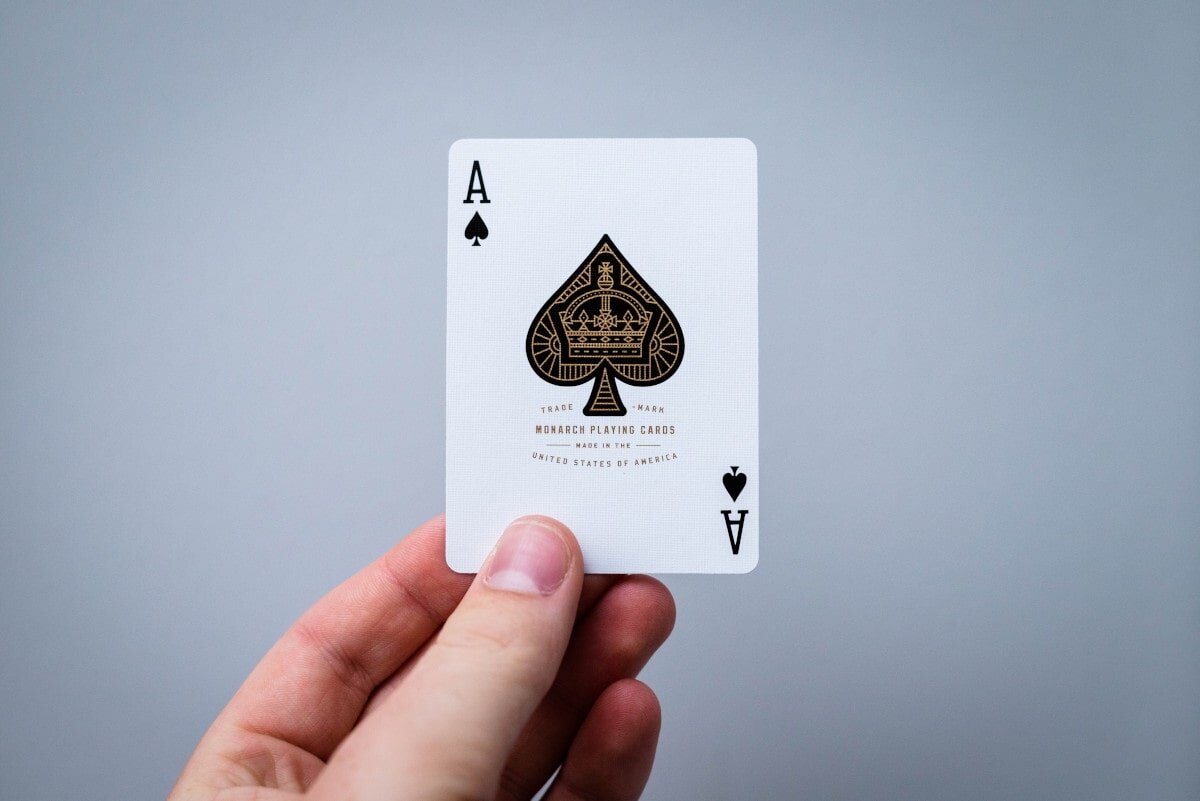